Download a copy of this report in PDF form here.

Visuals are one of the most important tools to evoke emotion and get people to act. The effectiveness of images is rarely tested, despite their critical role in strategic communications. This report shares findings from image testing on the issue of international family planning, conducted with more than 200 American family planning supporters and donors using an interactive online survey. We hope these findings and recommendations help NGOs and advocates working in international family planning and reproductive health become even more effective in their visual communications. 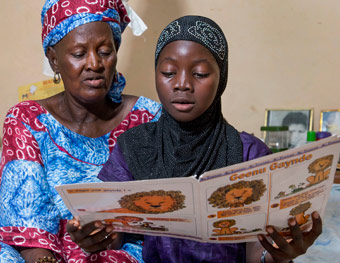 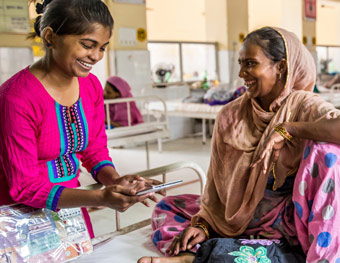 Smiles signal hope
An image of a mother with a wide smile holding a baby was rated very highly as reflecting the goals of family planning and as being an effective image to motivate others to support international family planning. Respondents interpreted the smile as signaling that she was happy, the baby was wanted/planned and felt in charge of her life. In comments on other images, smiles were remarked upon as sending signals of hope and happiness, and resonated highly with respondents. 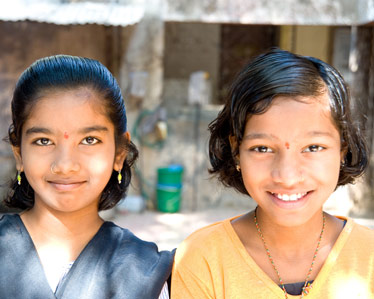 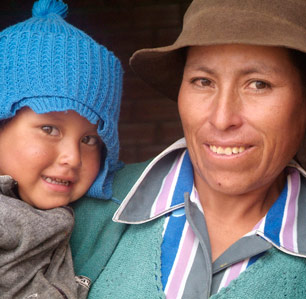 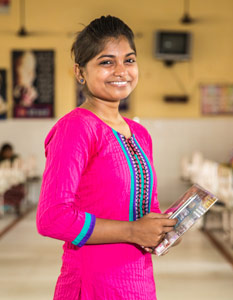 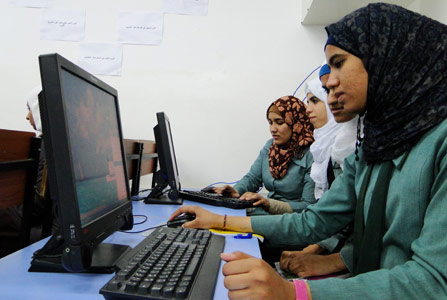 Photos of women in other roles
Sometimes family planning groups show images of women working or doing things they might not be able to do without access to family planning. We tested photos of women as business owners, cooks and seated in an office setting. Respondents didn’t rank these photos very high in terms of reflecting core development themes or in inspiring others to support family planning. It’s important to note that these images were shown without any text or real stories that might explain the connection to family planning.
Photos of families in daily life
Photos of larger groups of people or families in cooking, traveling in a city or sitting together at home didn’t rank very high. Respondents had nice things to say about the scenes in each image (e.g., “they look happy”), but in the end, didn’t see the connection to family planning.

What does international family planning look like to you?

We asked respondents to tell us what they envision when they think about international family planning. The four highest ranked photos among respondents had the following elements.

Education within communities with tangible family planning objects
Respondents said that they liked that the teaching was being done by people who appear to be part of the local community. Throughout the survey, respondents preferred images that showed contraceptives or family planning tools and materials. 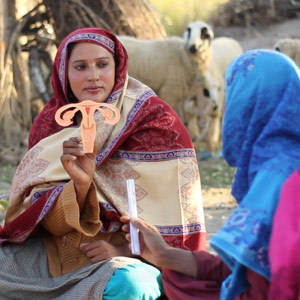 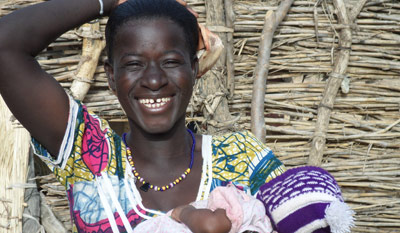 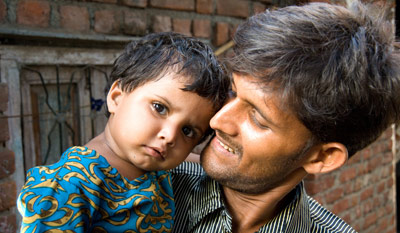 Happy-looking mother/child and father/child pairings
Respondents reacted positively to the depiction of a happy mother with a wide smile, carrying a baby and a touching image of a father holding his child. The mother’s smile was noted as being the reason why respondents thought she was in control and happy. Respondents also liked seeing a father in a nurturing pose and liked that it signaled including men in family planning was important. 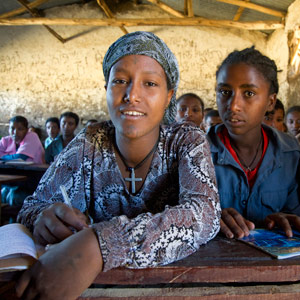 We tested images used by international family planning organizations to see whether they reflected development themes that have been shown to be effective among American audiences. We looked at three core themes from the Narrative Project, and asked respondents to rank the images that most strongly reflected the themes. Here is a quick summary of those themes:

What works to illustrate independence

In addition to being the most popular and effective images overall, images showing concrete examples of women holding contraceptives or training tools ranked highest as reflecting the idea that programs lead to independence. An image of a young woman studying also ranked high. 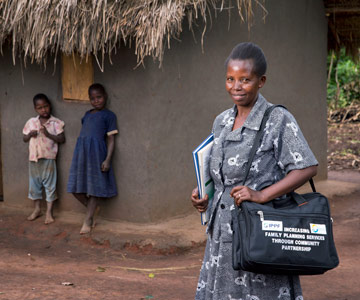 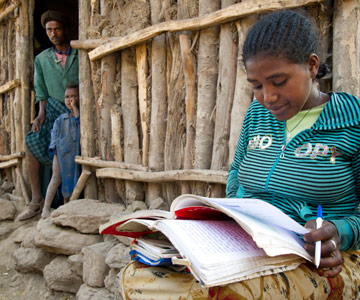 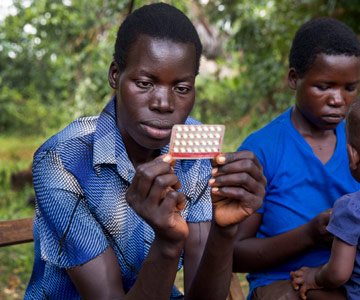 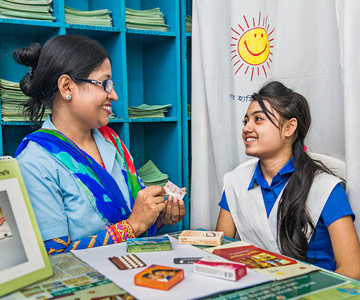 What works to illustrate partnership

By a wide margin, respondents chose images of peer education, focused on women from local communities holding training tools or contraceptives as reflecting the theme of partnership. 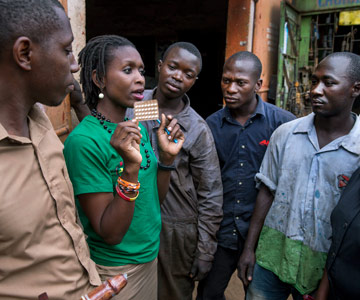 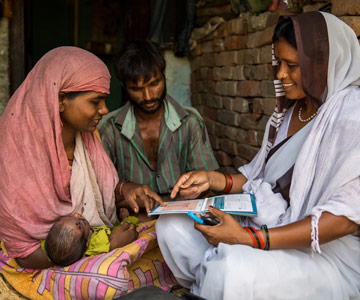 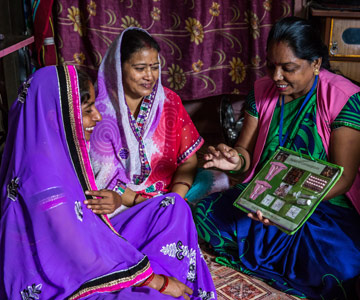 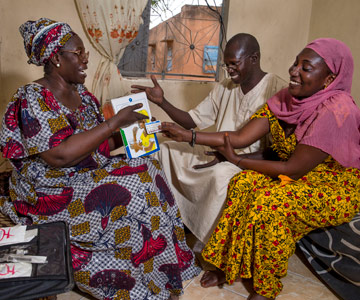 What works to illustrate shared values

There was less of a clear trend on this theme. Respondents ranked a tender moment between a mother and child, a grandmother and child and a single girl with hopeful expression as most representative of shared values. However, other images, including shots of families and children smiling were also ranked within a few percentage points of these images, showing that respondents saw various effective ways of representing this theme. 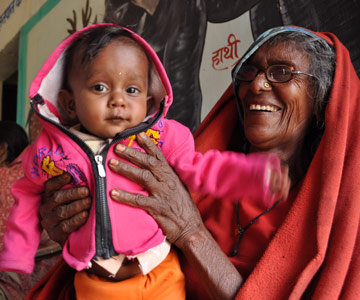 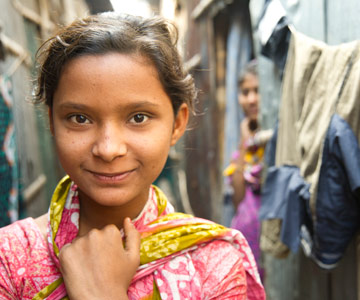 What would inspire others?

At the end of the survey, we asked respondents to rank the images they felt would be most effective to inspire others to support family planning. They chose three photos that ranked highly throughout the survey: two of family planning education (using tangible examples) and the image of a mother with a wide smile. 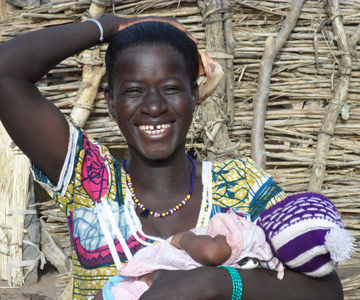 Many of these results reinforce previous research and testing that Resource Media has conducted and compiled. Here are a few tips to help you make smarter decisions on using photos to build support for international family planning:

The image testing was conducted over two months with 223 Americans via an online interactive survey where respondents could comment on specific parts of photos and describe their response and interpretation of the images. The survey was open to all genders, but respondents were overwhelmingly female (94%). By age group, respondents were: Millennials (41%), Gen Xers (30%), Baby Boomers (22%), Greatest Generation (6%).

While over a quarter of respondents say they are involved in some capacity with all three of the organizations with which we partnered (see acknowledgements below), 22 percent are not involved with any of them. The most common ways participants reported being involved with each organization were: following them on social media; supporting the organization’s mission; going to the website; and talking to friends about the organization. However, a majority (75%) have not donated to any of the three partner organizations.

The UN Foundation provided valuable funding for this research. Thanks to ICRW, PAI and Pathfinder International for partnering on this project, and recruiting respondents from their social media followers and email lists. Special thanks also goes out to the William and Flora Hewlett Foundation for supplying selected images to test. We also want to thank the Bill & Melinda Gates Foundation for their work on developing the Narrative Project, which was a helpful framework to test effective themes.