Donte Parks on diversity vs. inclusion, and everything else

I attended my first Seattle Interactive Conference this year and connected with Donte Parks, co-founder, VP, and cultural guru at Substantial. While chatting after the keynote address, we discovered some points of connection—namely our interest in making our respective work environments more inclusive for underrepresented groups including people who look like us.

A diversity initiative is the term I use to capture the body of work that an organization is doing to support the cause of inclusion/diversity. In some ways it’s a framing device, since it’s a way to provoke conversation and organize action.

The reasons for creating a diversity initiative are going to be “personal” to every organization. For some, they may have more of an interest because they see it as a recruiting tool or a way to improve retention. Others may view it as a marketing play. Yet others may see it as a way to affect broader social impact. It may even be altruistic. No one of those reasons is the sole reason to do this, the key is to have a clear intention when you start to use as your “north star” as you have conversations and act.

I have worked for companies (not Resource Media … ahem) who like to throw up their hands and exclaim, “The problem is too big!” when faced with the low representation of women and people of color in key positions of influence within their ranks. In your opinion how might a company actually begin to rectify these disparities?

The problem *is* big. The way to climb Everest is to take it one step at a time and that applies here as well. In the case of dealing with low representation of certain groups, throwing up your hands doesn’t do anything, so try something else. There isn’t a magic bullet, but you’ll have to look critically and holistically at your organization to see where you may have gaps to fill. These questions should cover all parts of your workplace experience, from before they’re hired to when they leave the organization.

Let’s do the time-warp again because I loved it so much when KUOW’s Ross Reynold’s asked you the following: What role does mentorship play in developing a more inclusive workforce?

I am where I am today because I met the right people at the right times in my life. Simply seeing the example of someone like you in a position of interest or having a specific mentor over a period of time are both equally valid steps to developing inclusion in the workplace long term. People need to feel as if the field they’re interested in, whether it be tech, arts, or whatever, is for them, and not just for someone else. Getting that exposure is the only way to make that feel like it’s true. 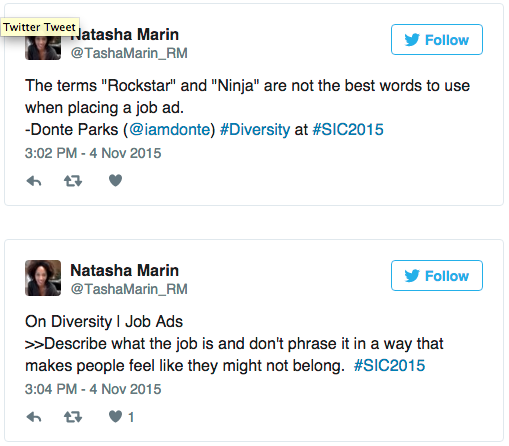 What causes do you support, or rather what do you currently feel passionate enough about that you would contribute money, advocate on behalf of, make time for, or lend your energy towards?

I care about a lot of different causes and organizations. First, I support the University of Virginia, my alma mater, because I wouldn’t be the professional I am today without the lessons I learned there. I support the ACLU, because we need people out there fighting the good fight. I am on the board of the Capitol Hill Chamber of Commerce, as a means to support the neighborhood. And I just joined the board of a new non-profit called Unloop, which is going to equip current and formerly incarcerated individuals with the skills they need for a career in technology.

Facebook. It feels like the more personal content firehose, where Twitter is conversations in public. Also, I’d rather see pics of food, dogs, and babies than people trying to be clever in 140 characters or less. 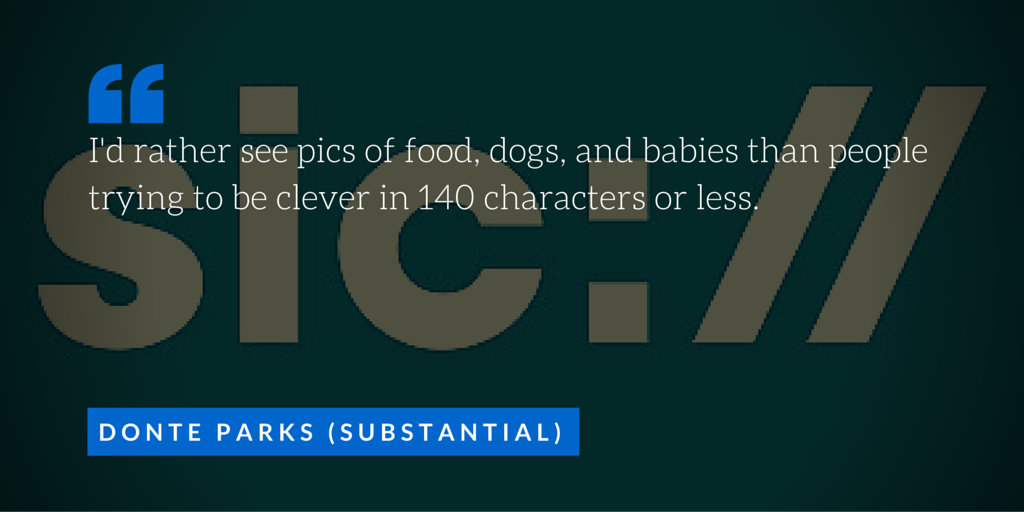 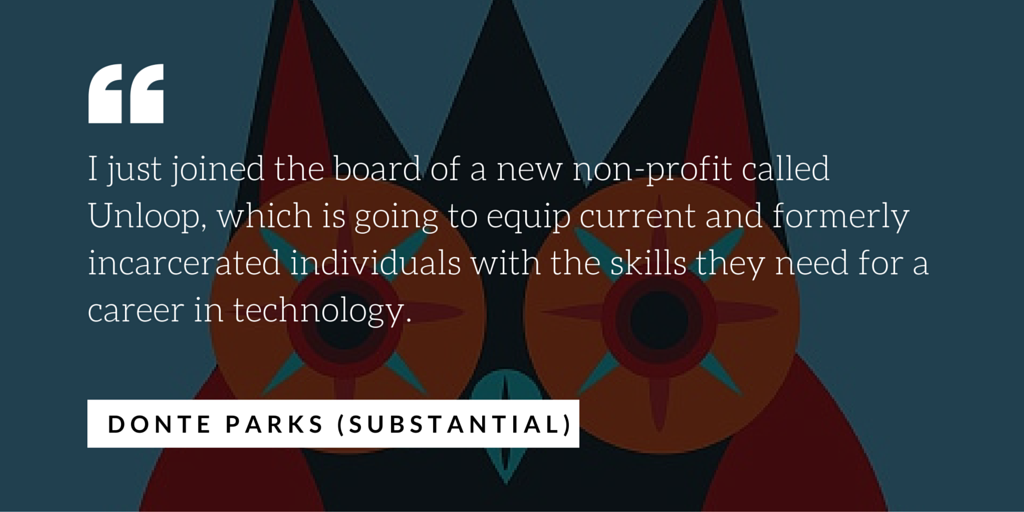 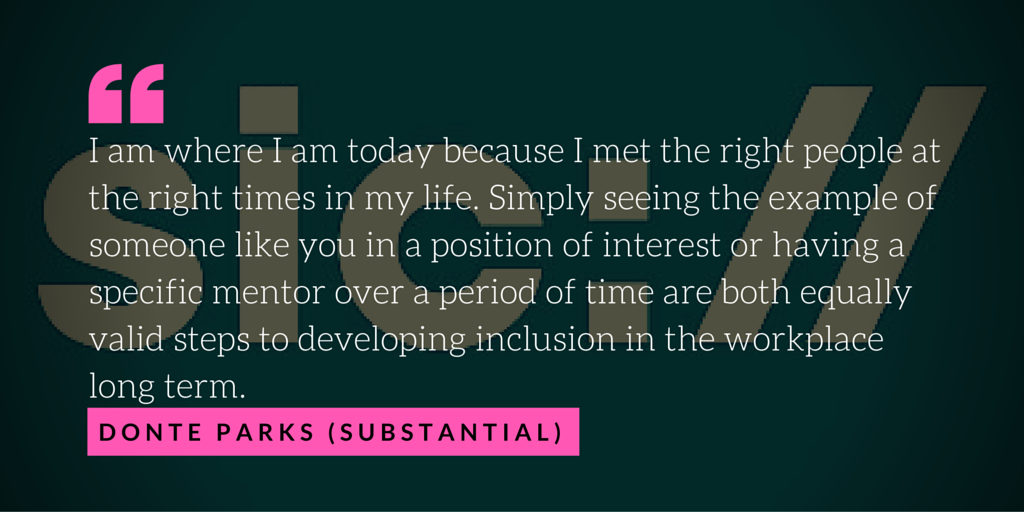 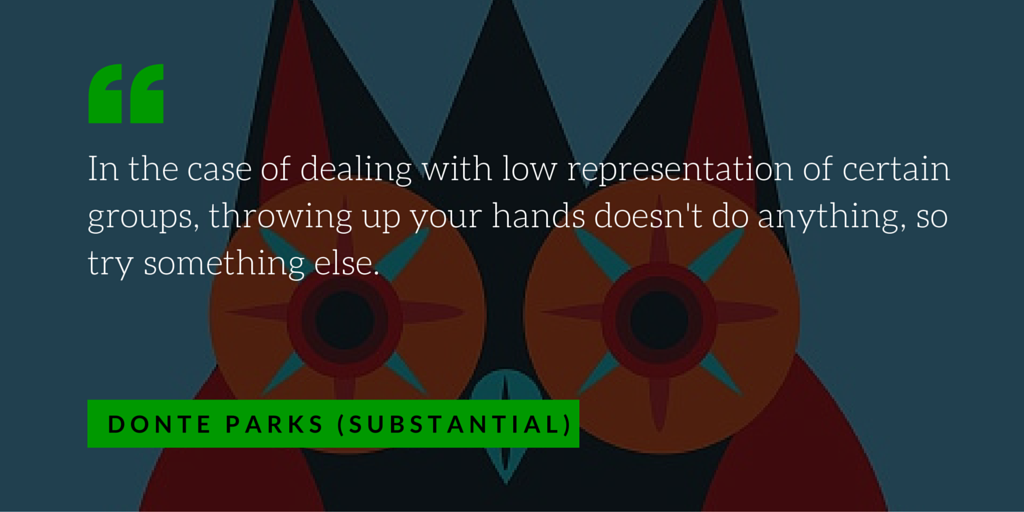 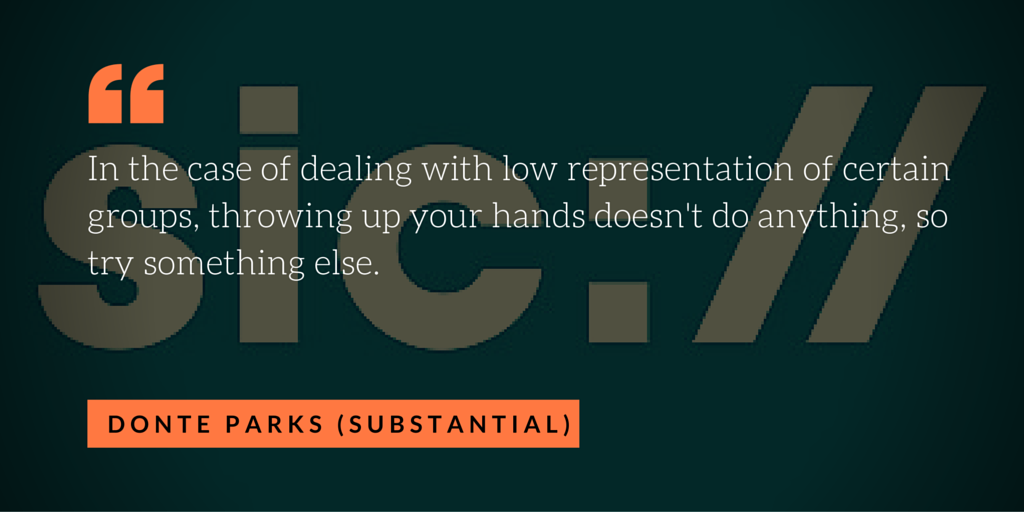 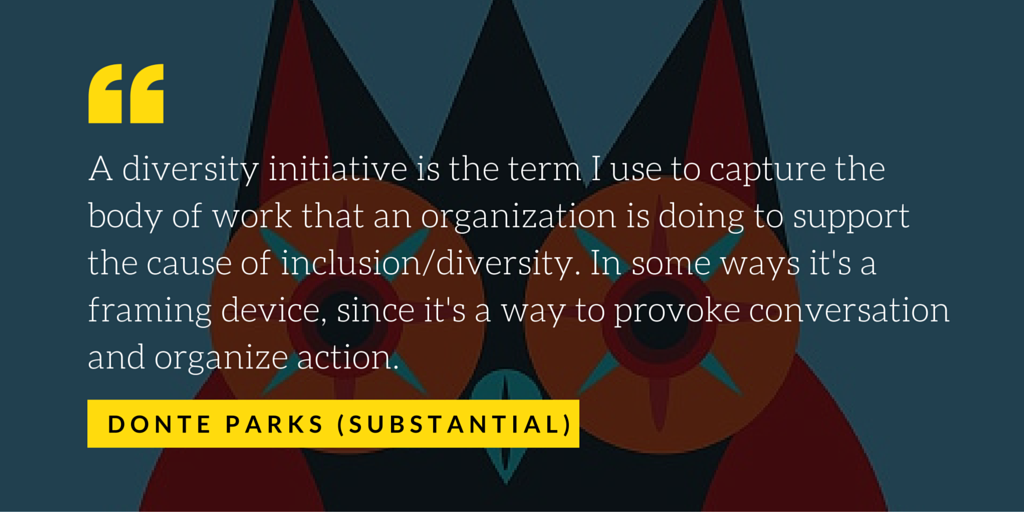