A lot of news and information about energy comes across my desk every day, so it’s not often that I get past the first page of anything, much less page 90. Yet that’s just where I found myself recently — page 90-91 of a utility regulatory proceedings document from New Mexico. And what I saw there really jumped off the page.

It was a statement by a hearing examiner for the New Mexico Public Regulation Commission expressing concern about a plan by electric company PNM to increase its ownership share in the remaining portion of the San Juan Generating Station coal-fired power plant. A partial plant retirement is taking place, other plant owners are shedding their shares, and PNM is looking to acquire them.

So here’s what the hearing examiner said: “PNM’s increasing ownership and responsibility for San Juan may pressure PNM to continue to act as the owner of last resort, absorbing exiting owners’ shares to protect its investment even if the plant has become uneconomic — in a version of the ‘too big to fail syndrome.’”

Whoa. With energy economics changing, the hearing examiner is worried about the impact on electricity bill-payers if their utility is the one still spending heavily on coal while others are walking away. “Toxic assets” is the term used by Santa Fe-based New Energy Economy when referring to PNM taking on ownership shares with little worth and increasing risks and liabilities.

No one will soon forget the fallout from “toxic assets” in the housing market collapse and financial crisis, nor the hit to taxpayers for the bailout of ‘”too big to fail” banks. In the electricity sector, it’s electricity bill-payers on the hook. Indeed, over the past couple months residents in New Mexico have already learned of hundreds of millions of dollars in additional coal costs that PNM had omitted when first proposing its plans for an expanded role at the remaining units at San Juan Generating Station.

The upshot of the hearing examiner’s report comes on page 65: a recommendation that regulators reject PNM’s overall plan as “not in the public interest.” And that same theme was in the New Mexico news this week on another related front as well, with a report finding PNM has raised rates on residents steeply in recent years to drive steep gains in corporate profits. An Albuquerque Journal story quoted Albuquerque City Councilor Isaac Benton: “Many Albuquerque families work really hard to make ends meet,” he said, “so it’s tough to swallow news that PNM has been pushing higher electricity rates for bigger corporate profits and executive pay.”

Perhaps PNM doesn’t feel it has to answer much on matters like executive compensation. But soon we’ll get a chance to see if the company will have to answer on the matter of coal acquisitions that could put ratepayers at such risk that a hearing examiner for utility regulators used language harkening to the financial crisis. A vote by the Public Regulation Commission could come at any time. It will be one to watch for New Mexico — and also for what it may indicate more broadly about utility oversight on coal expenditures in an era when significant financial risk at public expense is still an open wound. 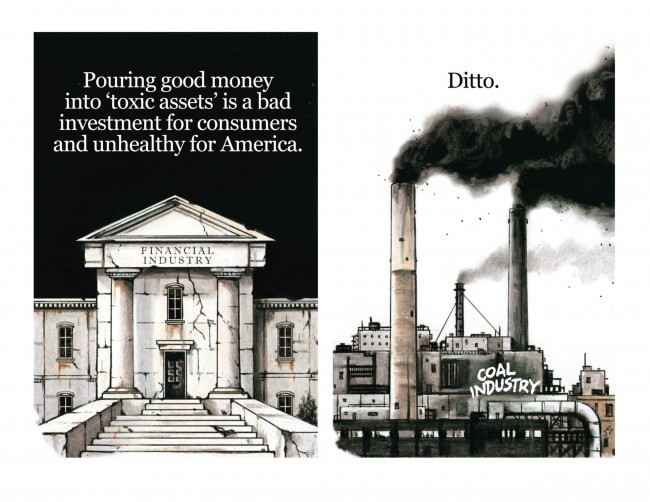