If anyone knows about effective film and photography advocacy, it is Amy Marquis. In an effort to help others understand the world of digital advocacy, she created The Digital Naturalist in 2010, a website that examines the elements of what makes advocacy videos go viral or be a complete flop. Her experience working in the nonprofit world before creating The Digital Naturalist enables her to offer a unique perspective on the collaboration of photographers and videographers with nonprofits. She was an editor on National Parks Magazine for nine years before leaving last August to direct a 10-part film series, National Park Experience. She is also an affiliate of the International League of Conservation Photographers.

How did you come up with the idea for The Digital Naturalist?

I had spent fifteen years working with nonprofits. About six years ago, when I was associate editor of National Parks magazine, the editor-in-chief and I became interested in telling the story of our national parks through film and multimedia. The subject matter was very visual so it lent itself perfectly to such mediums. When we began the project  we didn’t know what we were doing, so we were constantly watching advocacy films online and taking note of what worked and what didn’t work in an effective advocacy piece. We began breaking down the elements to what makes a good advocacy film, and sharing this learning process with others. People were fascinated and wanted to know more. And thus The Digital Naturalist was born, as a way to continue this dialogue.

What are a few of the critical elements that need to be there for a nonprofit project/issue to be ripe for video?

First and foremost, there needs to be a visual story – it needs to be compelling to look at. We want something that appeals to sight; simply looking at talking heads is not compelling. This often means finding strong characters to tell the story through. My favorite blog post from ListenIn Pictures is about how “a program is not a protagonist.” A lot of nonprofits want to talk about a specific program or issue, but people relate best to story if it is told in human form. The challenge then is finding a human voice in the project or issue. I also want to emphasize the importance of establishing a clear process and goal before diving into a video project. This goes without saying, but it is also vital to have a solid team and an established budget beforehand. 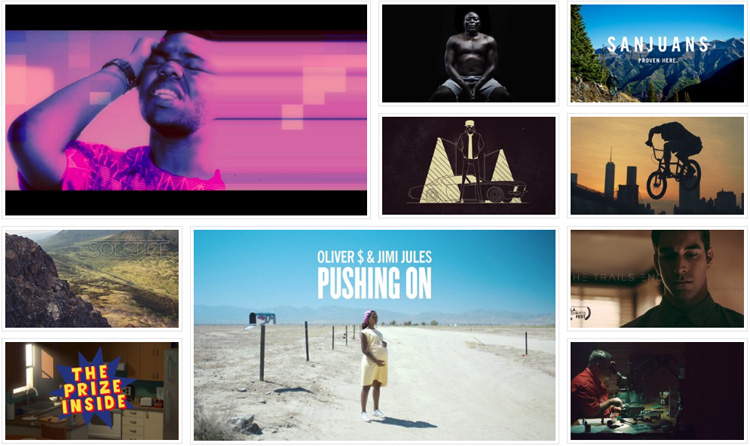 How do you go about selecting the right videographer or photographer for the job?

Vimeo still seems to be this well-kept secret from the nonprofit world, but there is really great work being posted there. At the magazine, we would do a lot of research through Vimeo and online, looking to see what past work the photographer or videographer had done. When we came across work from an organization that we really liked, we made sure to take note of who did the work for future reference. Film is an art, and like any art, sometimes there’s drama—so it’s also important to get references to make sure the person you’re considering hiring is a team player and can be held accountable. You’ll want to be sure they know how to work well with clients; they might be really talented, but you’ll want to be sure they act professionally, too.

What do videographers and photographers need from nonprofits to do their best work when under contract?

Nonprofits must be very clear in communicating their goals. Think: what is the one message I want people to walk away with? The nonprofit must also lay out a clear timeline. Things will shift and they may need to be flexible, but it will make for a much smoother ride for both parties if a clear process and timeline are established upfront. It is also important to set a fair budget. I am glad to say that we are in an age where a growing number of donors and foundations are starting to understand the power of visual storytelling, and are increasingly willing to fund those projects. Unfortunately, we haven’t yet reached the point where it is sustainable for photographers and videographers to take on nonprofit work exclusively. The sooner we can figure out the budgeting element, the more visual storytelling can really take off and make a difference in the world.

How do you maximize the return of investment on a video or photography project?

The first area to keep in mind is distribution. When I made my first couple films, I thought distribution was something you figured out after the project was completed. Now I realize how important it is to figure out a distribution plan before you even begin the project, and the more media channels you can do this through, the better.

It is also important to know your audience and what reaction you want from them. For example, if you are making a video to be shown at an annual dinner, you want something that will appeal to that audience and get them to open their pocketbooks. Another world that not nearly enough nonprofits tap into is the film festival world. There are people in those audiences that want to take action and do something productive about the issues presented in the films. This offers a great opportunity for an organization to use film to introduce their cause and grow their support network.

Marketing is also vital. I’ve read that if you put the word “video” in the subject head of an email, the open rate goes up exponentially from other emails. On the website end, make video front and center. Return aside, it’s a great way for nonprofits to give back to their supporters. An entertaining three-minute video can be a fun way to say “Thank you for everything you do for us—now sit back and enjoy this amazing story.”