Communications lessons from the Women’s March

On Saturday, January 21, many Resource Media staff joined millions of fellow Americans to march in the cold, the rain, the sun and the wind on behalf of the rights of all Americans.

We marched in Washington DC, Denver, Portland, Seattle, Sacramento, Oakland, San Francisco, and Helena. We carried signs. In some cases, we laughed with friends and reveled in the giddy pleasure of realizing so many others shared our values and concerns as reports of the sheer scale and enormity of the marches trickled in from around the globe. In other cases, we were moved to anger, sadness and frustration about the persistent racism and injustices that drove so many of us to the streets.

Since then, our staff has had many conversations about the marches. We’ve told stories and compared notes. We’ve swapped photos and shared news articles. And we’ve done a lot of thinking about what this single largest demonstration in US history has to tell us as communications pros working in a fast changing media landscape. Here are a few top of mind reflections.

A march that took everyone by surprise.

As many others have noted, the mainstream news media didn’t do much to build the buzz around what ended up being the largest single demonstration in US history. While most journalists focused on the events leading up to the inauguration, millions of Americans packed their lunches and warm coats, boarded flights and buses, arranged carpools, made signs and otherwise prepared to march. Ultimately, the media’s lack of attention didn’t matter. Instead, organizers had relied on social media to get the word out and rally march-goers. For social change advocates, this is a great reminder that media coverage—though important—isn’t the only way to reach local supporters and leaders. 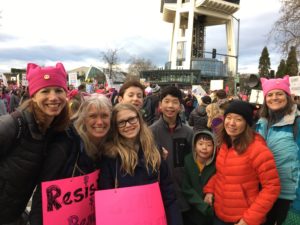 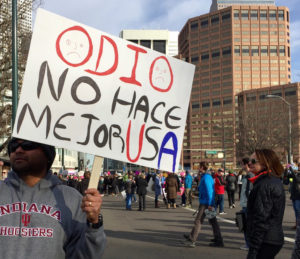 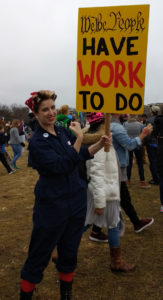 “We the People Have Work To Do” 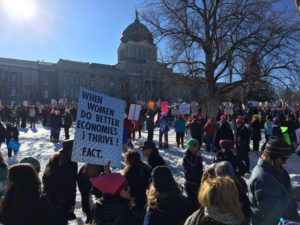 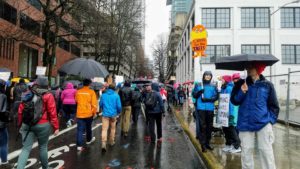 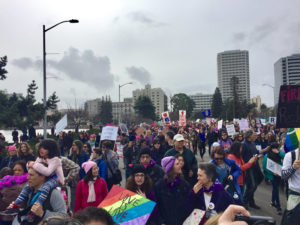 Timing the marches the day after an inauguration that so many had dreaded provided a positive and empowering way for people to take action—contributing to the huge crowds in city after city. The unbranded nature of the events created a truly big tent, one big enough for people from all walks of life. It allowed participants to be creative with their messaging and approach, which contributed to the grassroots feeling and sensibility. We were especially excited when Seattle march organizers kicked things off with an acknowledgment that marchers were standing on the lands of the coastal Salish peoples and a request to let indigenous marchers and other women of color lead the way. Reports indicate that not all marches were as intentional about equity and inclusion as we need to be to build and sustain this movement for the long haul, but it’s nice to see progress on that front. 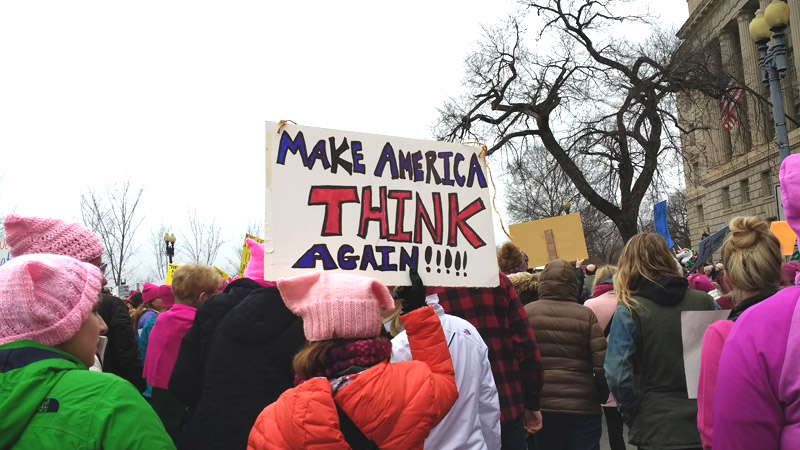 Visuals played a powerful role in storytelling: the vast crowds; the colorful, creative and hard-hitting, homemade signs; the ubiquitous—but clearly homemade (not mass-produced) pink “pussy” hats; the sheer diversity of march-goers: young and old, black, brown and white, hipsters and hippies, men and women, straight-cut and flamboyant. This storytelling was imprinted in our brains, delivered by thousands of marchers uploading photos onto Facebook, Instagram, Twitter and Snapchat, and then amplified with all of us commenting, sharing and tagging. Journalists and their camera crews then captured the stories for mainstream media, which then triggered additional rounds of storytelling with social media shares and commentary. Participating in the marches was thrilling. Watching the videos and photos from sister marches around the globe was equally thrilling. 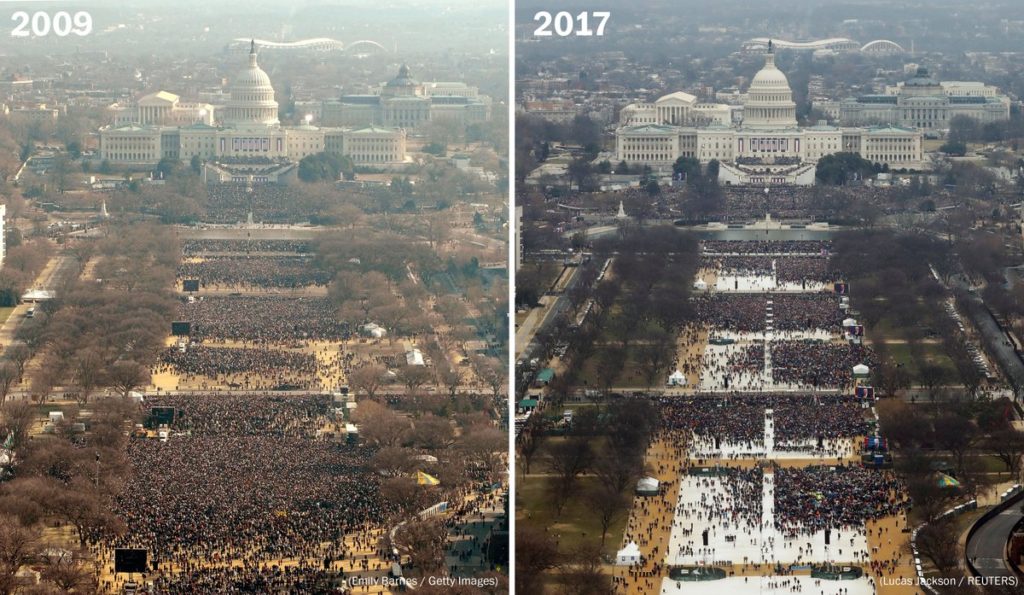 The dawn of “alternative facts”

Bias is real, and it isn’t going anywhere. Consider the controversy spawned by the side-by-side images of the women’s march and President Trump’s inauguration, or of Obama and Trump’s inaugurations. In an era of alternative facts, these images provide clear visual evidence that fewer people attended Trump’s inauguration than Obama’s, or than the women’s marches. Right? Unfortunately, and sadly, not so much. Consider findings from a recent University of Massachusetts study, which found that Trump supporters will make clearly false statements about the crowd photos in order to confirm their view that the Trump Administration’s claims about “record” inauguration attendance are actually right.

While imagery is clearly one of the best ways to capture the numbers of people opposing unjust policies, it’s important to always keep in mind the power of bias to alter even the reality before us.

So what does it all mean?

As we come down from the euphoria from an amazing day of action on behalf of justice, sustainability and the rights of all Americans, it’s clear we have a lot of work to do. Yes, we have amazing goodwill and momentum on our side. But at the same time, there are millions of Americans out there whose story of the marches—and the US—are vastly different from each other. Honoring and reconciling these different experiences, and knowing how to communicate truths from different perspectives, remains elusive.

At Resource Media, communications is our business. We think about it all of the time. But, we confess we don’t have all of the answers. Like many, we struggle with how to maneuver in an “alternative facts” nation, where traditional purveyors of facts (mainstream media) are crowded out by the shouting of politicians, their surrogates and fake news outlets willing to say anything to make the world reflect a desired reality.

This is not just a question for social change advocates. It’s one that is challenging all of us–especially journalists. But as the Women’s March has demonstrated, it’s not just facts that will save us. It’s heart, passion, organization, creativity and inclusion. With a little help from some hats.

We invite you to share your experiences and tell us your thoughts.